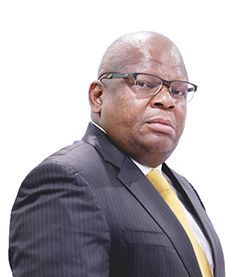 Fana is a Director in Business Risk Services.

He has over 22 years of audit experience having started articles with Deloitte & Touché -Swaziland in May 1986 as an articled clerk and was seconded to Deloitte’s office in Nigeria on an exchange programme (1988 to 1991). He completed articles and was promoted to an Audit Manager position in 1999. As an Audit Manager, he was responsible for coordinating and managing audits of industries/organisations in the private and public sectors. He has also worked for Swaziland Brewers (SAB division) as a Financial Manager (1993-1995) and joined Mhlume Sugar Company (a Commonwealth Development Corporation Institution) as a Systems Development Manager where he worked until August 1998. At Mhlume Sugar Company and other Commonwealth Development Institutions, he was responsible for the implementation of an internal audit function.